This is the fifth article in my Transitioning PhD Blog Series, written by contributor Mike Davies, PhD. 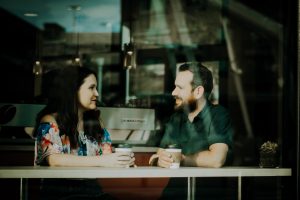 Networking…do you remember the first time you heard about this vague activity? I remember like it was yesterday. I had spent 10 years of my life building a respectable scientific career only to find out networking was the path to my next job. To say I was confused, frustrated, anxious, stressed, and desperate was an understatement. All I knew professionally was technical and scientific jargon. I could barely express my expertise to my family; how was I going to converse with strangers and convince them I was worth hiring? I spent months at networking events making things awkward and uncomfortable. It even became comical for a little while, until I realized I wasn’t making any progress with my job search. Then I just felt helpless. Can you relate? Good. Now let’s do something about it.

Networking…let’s try this again. To understand how to network effectively, we first need to understand why we don’t like it. In my opinion (which is one perspective), it stems from how networking is presented to us. I have heard all too often that networking is all about “putting yourself out there.” “You have to go and get what you want.” “You need to sell yourself.” All of these statements are inherently correct. However, these are all things that are a result of networking but are not necessarily how we should approach a networking event. Approaching a networking event with this mindset inherently leads to the question, “How do I sell myself to a stranger?” Then I start thinking about how I would feel if a stranger approached me and started jibber-jabbering about all of his or her publications and collaborations with high-powered blah, blah, blah…and the answer is…I’m feeling it’s time for another beer. Frankly, that’s where networking falls apart for most of us: The whole premise doesn’t fit how we typically interact with folks. Presenting ourselves as commercials is not natural for any of us, which leads to my next point.

Our goal as job seekers is to get a job, but that’s not happening at a networking event. The sole purpose of networking is to build relationships and advocates: people that know you, like you, and trust you enough to put their professional reputation on the line for you. It’s that simple. It’s completely inappropriate to think you can accomplish anything more than making a positive impression at a networking event. All you have is 5-10 minutes per conversation with each person. I don’t know about you, but I can barely take a shower in five minutes. The point is, networking is an opportunity to expand your network and increase your chances of meeting someone in a decision-making hiring role. Now that we understand the problem, let’s get to “a” solution. (There is always more than one solution.)

First, there is one law of networking that we all need to understand before we continue. It is not a matter of if things get awkward; it’s just a matter of when. Don’t worry, it’s not you, it’s EVERYONE!! The sooner you accept this truth, the better off you will be. Second, I treat every networking event as a stepping stone to an additional, more meaningful conversation in an environment that is much less distracting. That’s right, the sole act of attending a networking event is not sufficient enough to progress your job search. More steps are necessary.

Here are three basic goals I set for myself before I attend a networking event.

Goal #1: I decide how many people I need to meet in order to make the event successful.

In all reality, this is an arbitrary number. Personally, I excel at the 5-10 minute conversation, which means that my goal is to meet 5-6 people at an hour-long networking event. That works for me but might not work for you; if you are an introvert, that might seem a little intimidating. The moral of this story is to set a reasonable and attainable goal for yourself, accomplish it, become comfortable with it, and then expand on it. It’s that simple.

Goal #2: At networking events, I make sure I focus my attention on the person I am talking with.

That means I am deliberately not going to initiate/solicit any information about myself. If you start talking about yourself, and the person you are conversing with is not prepared to hear what you have to say, he or she will more than likely disengage from the conversation either by not listening to you any longer, or walking away.

This second goal can sound counterintuitive to a lot of folks. The problem is, we have a selfish objective in mind and are struggling to find a way to weave that into the conversation. The solution: Don’t. When I approach a conversation at a networking event, my sole goal is to make a positive impression. Again, I have no intention of initiating any specific information about myself. It’s the same approach I take when I meet a friend of a friend for the first time. There are a couple reasons why I do this. One, I’m naturally introverted and don’t feel comfortable talking about myself for extended periods of time. Two, expressing interest in the person I’m talking with generally leads to a very engaging conversation.

The key to this approach of focusing on the other person is to ask simple and open-ended questions. For introverts, this strategy plays to our strengths; for extroverts, it allows other people to participate in the conversation. However, it always leads to the question: How do I talk about myself? The answer is simpler than most people think. Look back at what I mentioned earlier: I do not initiate anything about myself. That doesn’t mean I refuse to talk about myself at all. To address this, it’s important to understand common human behavior. After we answer a question, we have a tendency to respond with the same question that was asked of us. For example, if I asked you how your weekend was, you would respond and more than likely ask me the same question in return. With that in mind, we can simultaneously be considerate and deliberate in our conversations.

So, if there is a particular topic that you would like to discuss, all you have to do is ask the question you would like to answer. As with everything though, there is one caveat to this conversation style: You have to be genuinely interested in what the other person is talking about. I can’t stress this enough. If all you want to do is talk about yourself, people will see through that no matter what your conversation strategy is. Again, all we are trying to do with these networking interactions is to make a positive impression and build rapport.

Goal #3: Toward the end of a conversation, I ask the person if it’s okay to follow up to continue the conversation over coffee.

Now, it doesn’t need to be over coffee, but that’s what works for me. The point is that you are asking for the person’s permission to follow up after the event. It’s during that coffee meeting where the relationship/advocacy building truly begins. The key is to focus on ways to build a mutually beneficial relationship. The follow-up meeting also creates an environment that allows you to share more detailed information about your background, learn more about the other person’s, and determine whether there’s a way you could help each other out.

After you gain permission (almost everyone will say yes) follow up with an email as soon as possible (so the person will remember you) that reiterates how much you enjoyed the conversation and that you’d like to meet. From there, it’s a numbers game. Most folks will not respond to your email, but don’t take their lack of response personally. Some will say yes.

The Crucial Importance of the Follow-Up

You might be wondering why you should follow up with everyone if most people won’t reply. That’s a great question. You should do so because networking is a low success rate activity. Of everyone you email, only about 20-30% will reply and agree to have another conversation. It’s difficult to figure out who will follow up and who will not. You can’t trust your gut feeling on this. It’s more important to build an advocate than to discriminate who you should or shouldn’t follow up with. You just never know will become a strong advocate. Your follow-up email allows the other person to identify himself or herself as a potential advocate—someone who wants to build a mutually beneficial relationship with you.

When you focus on the relationship and trust building, new connections will open their professional networks to you, but, equally important, they open their personal networks as well. You never know who someone’s friends, neighbors, parents, or children are. Building advocates with a diverse group of folks—even ones who on the surface seem to have nothing in common with you—allows you to approach the job-search problem from multiple directions.

To boil it down even further, remember this: Following up is what gives the networking event purpose. If you don’t follow up, all you are doing is spending time at a place with people. You’re time is more valuable than that. 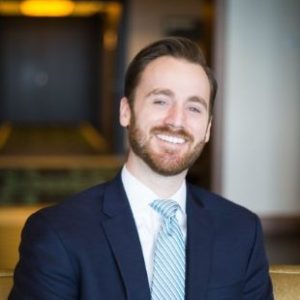 I started my career as a scientist at the University of Minnesota-Twin Cities, where I earned my PhD in biochemistry. I had a very positive experience: I loved my project, my lab, and my advisor, Howard Towle. As such, I continued my scientific career as a postdoc at Duke University. Again, I had a great experience with my project, lab, and advisor, Debbie Muoio. However, I began to realize about three years into my postdoc that academia was not a healthy place for me. I did not have any balance in my life and did not like my career prospects. Thus, I decided to pursue work outside of academia and in “Industry.”

I thought I was stressed with my postdoc, but the job search proved to be much worse. I was navigating my career transition completely unprepared and in unknown territory, resulting in a job search that was defined by a long series of failures. I ended up getting one really good job offer and would have eventually landed in a position that was suitable for me, but I realized that I had a passion for another career. So I left science to become a small business owner as an independent financial advisor. I never intended on leaving science and throughout this process, it became clear that my story was not unique. Not long after I started working in my new gig, I made the decision to share my story and help other folks make their transition a little less painful than mine, which is why I started a local life sciences networking group. You can feel free to contact me at Michael@carolinawealth.com. I meet with folks all day, every day and would definitely like to hear your story.

Interview with a Recruiter, Part 2: How to Work with Recruiters

Interview with a Recruiter, Part 1: Resume Advice for Job Seekers

Are you feeling like you’re running on empty? Consider looking to motivational quotes to keep…