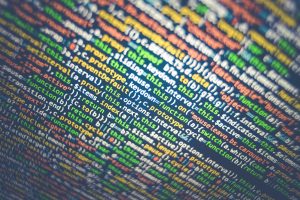 I frequently meet people who have never heard of the term “ATS,” so I have dedicated this article to this topic. I have relied on my own research and experience as well as that of Don Alexander, an Executive Recruiter and Founder of GeneCoda, a Life Sciences recruiting firm located in North Carolina.

ATS stands for applicant tracking system, which is a type of software companies and recruiting agencies use to keep track of and screen applicants. Using this software, people can search resumes based on keywords or set parameters to automatically sort applications. This software—of which there are hundreds of versions—is a tremendous tool for human resources professionals and recruiters who might be flooded with applications for a single role.

When job seekers learn about ATSs, they often find the very thought of their resumes being scanned by one daunting. That’s partly why applicants view them with scorn. Nevertheless, tracking systems aren’t going away, so job seekers should know at least the basics of ATSs and how they can affect a job search campaign. Here are some insights.

Almost all Fortune 500 companies use them. The larger the company, the more likely it will use a tracking system. Simply put, the software will be worth its cost to an organization if there is a high volume of hiring. A start-up or small company that does their own hiring is less likely to use an ATS, but an applicant should never assume a company is not using one.

Because ATSs Can Scan for Keywords, Including Keywords in Your Resume Is Important

In an interview with me, Alexander plainly stated, “Common keywords need to be present in some fashion.”

Alexander then shared an illustrative story of how an internal recruiter denied an interview to a candidate he was representing because a particular software wasn’t listed on his resume. When Alexander inquired whether the candidate used the tool, he affirmed he did. They added it to his resume, and he secured an interview. “Had he not had me (or someone else) intervene on his behalf,”

Alexander stated, “that interview would have never occurred.” One takeaway point from this story is to not overlook the obvious: Listing specialized skills is great, but don’t forget to list more common skills someone in your field should have.

Alexander sees merit in including a specific keyword section as a way to expand on the number of keywords that are already listed elsewhere in the resume. He also entertains the idea of using white-font keywords as “surrogate words” that mimic other terms already listed in a visible font. As a recruiter, Alexander recognizes the controversy swirling around the practice of “white fonting” but discounts it.

Keywords are critical, but do not litter your resume with so many of them that a person struggles to identify your tasks and accomplishments. Just because a resume rises to the top of an ATS search result doesn’t automatically mean that applicant will get called for an interview. Remember that your resume needs to be compelling to both computer and human readers; context helps a human reader understand how you have used your project management, Java, or qualitative research skills, for instance.

I’ve found that when people try to “beat” the ATS by including every possible keyword under the sun for every single job application, it makes them a bit nutty. This mindset forces you to be on the defense rather than offense. Instead, do your best to include the keywords that you think will be relevant—based on a close reading of the job description—and thoughtfully work them into your resume, focusing on showing accomplishments and
results. Then, consider whether you need a dedicated keywords section. This is a much healthier approach to the process than only focusing on how many keywords you can include.

Job seekers often feel like the odds are low that an actual person will read their resume when they suspect it will be scanned. This may prompt some job seekers to profess the importance of networking. Networking is important, but take heart that job boards are still an effective means of hiring. When Alexander analyzed the Sources of Hire 2017 report, he found that “sourcing through electronic means (Job Boards + Career Site) represents more than 50% of all hires made, which would refute the commonly held belief, in this case, that networking for job seekers results in 70-85% of all hires.” In other words, don’t have a defeatist attitude about your chances of getting a job when applying through an online form.

Keep formatting relatively simple for an ATS. You can make a resume look visually appealing by incorporating basic formatting features such as bullets, section dividers (commonly called borders in MS Word), and color (but just a pop of color—don’t get overzealous!). ATSs sometimes cannot read columns, tables, graphics, and charts, so those types of features are best left for a resume that will be opened directly from an email rather than submitted online.

Tips from Alexander support my research and experience as well. He encourages candidates to place contact information in the body of the resume rather than a header because an ATS can strip away a candidate’s name and contact information. Moreover, submit an MS Word document unless another format, such as PDF, is clearly stated in the submission instructions.

I hope this article provides you with a foundation for understanding ATSs and how they might influence your job search strategy. If you’re interested in learning how to avoid ATSs altogether, you can also read Land Job Offers Without the Job Search.

Current (and Future) Leaders: Ask Yourself These Questions before Your Next Interview

The most effective leaders are self-aware leaders. If you are currently in a leadership role…

As 2021 draws to a close, it’s a good time to reflect and ask questions…

From My Nightstand to Yours: Reading Recommendations