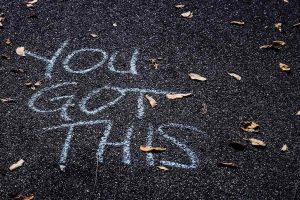 We’ve all either personally experienced or heard stories about situations where a job—one that was either posted or unposted—was filled by an “insider” candidate. Sometimes, the insider candidate is an internal candidate, one who is already employed by the organization or company. Other times, however, the insider candidate is an individual not employed by the organization but who has the gained the support and favor of an internal advocate due to his or her reputation, expertise, and other factors. What’s more, these individuals often position themselves to be the only candidate for a role—even though they may not have applied for or even known about it. In this post, I’ll explore this latter type of insider candidate.

So, how do individuals outside of a company become insider candidates? Two recent situations caused me to pause, contemplate, and make sense of this occurrence. In the first situation, after communications over the course of a year including four months of lengthy discussions, a company eventually hired an individual to start a new division. It was a hefty decision that no one took lightly, but what’s especially noteworthy is that the CEO and others interviewed only this one person for the role.

In the second situation, an individual was contacted via social media—by someone he did not know—regarding a job opportunity. Because there was no preexisting social connection, the communication containing the opportunity was initially filtered out of his messages. In the end, it was fortunate that the message wasn’t dismissed because the job prospect turned out to be a fruitful one.

In both situations, the employers already had selected these individuals as candidates before they even contemplated working for the organizations. In other words, the jobs were theirs to lose. Some might say these opportunities were serendipitous or just a stroke of good fortune. I argue there is something more deliberate underlying these situations, that groundwork was intentionally put in place that helped create these opportunities. Based on these examples as well as other accounts, I’ve identified four common factors that put these individuals on track to become not only the insider candidate but also the only candidate.

You likely won’t become the insider candidate if a decision maker questions your abilities to do the job well. Insider candidates proactively provide solutions to problems; they are the type of people whose presence allows others to breathe a sigh of relief, with the knowledge they are in capable, qualified hands. Insider candidates need little training outside of being shown where the coffee is made. It goes without saying that they will easily adapt to new ways of doing things and will effortlessly pick up new programs, protocols, and procedures.

In Executive Presence, Sylvia Ann Hewlett repeatedly refers to the importance of knowing your material “cold.” In other words, you need to have expertise in the area that an organization needs and values. It’s not enough to have certain qualifications. You need to be at the top of your game—and you should have a reputation for excellence.

In both situations mentioned earlier, internal advocates were pulling for an external candidate. The advocates knew enough about the two individuals to be fully confident the candidates could do the job well. In the first situation, the advocate’s confidence stemmed from previous experience working directly with the candidate. In the second, the advocate had been aware of the person’s reputation and then looked him up online.

The bottom line is that in each case the internal advocates identified and earmarked the individuals before there was any mention of a job opening, let alone an actual job posting, because their reputations preceded them. Likewise, the internal advocates were valued members of their organizations, so their opinions mattered to the ultimate decision makers.

Even with a strong reputation and internal advocacy, insider candidates must submit formal documents, notably a resume, when an opportunity presents itself. Insider candidates typically manage their careers proactively by updating their resumes regularly, as soon as any relevant changes occur. While they might be satisfied in their current roles, they know that at any time the phone might ring, or they might get a LinkedIn email with a potential opportunity, and they want to be prepared. With proper upkeep of a resume, there is little risk of getting caught in a high-pressure situation when an opening comes along.

Organizations also review LinkedIn profiles. Digital presence and reputation are important in most fields, so actively managing one’s LinkedIn profile is a best practice. Make sure it is current and that it accurately reflects accomplishments and results. LinkedIn also offers an opportunity to present oneself as a subject matter expert through its publishing feature; writing short, targeted articles can bolster recognition. (For more about how to craft a compelling profile and other tips on how you can use LinkedIn to position yourself as an expert, see this post I wrote, specifically Strategy #4.)

During interviews, insider candidates exude confidence (not arrogance, which is quite different) and excitement about the organization and opportunity. They can easily envision themselves in the role; the job is not a stretch for them and they know it. Insider candidates engage in the conversation and don’t struggle to ask questions. They can assess their fit and strengths objectively and discuss them comfortably. What’s even more important, though, is that insider candidates don’t just talk about their fit for the organization, they show it.

This leads to another common trait I’ve observed: insider candidates are often already employed in good positions. That means they can be engaged, excited, and fully present for interviews, knowing full well they will be just fine if the opportunity doesn’t work out. They can play a little hard to get.

Many people have heard of an “insider” candidate effortlessly landing a new job and have experienced more than just a tinge of jealousy. When that happens, realize that insider status is not like a fundamental belief of Puritanism—there is no predestination. There’s also much more to it than just “who you know.” Insider candidates have often cultivated the right environment and circumstances to be selected as that insider. By being aware of these four common factors that insider candidates share and using this knowledge to plan your own career path, you can lay the same groundwork to one day be an insider candidate.

When you actively manage your professional path, you can create career opportunities for yourself, in…

Interview with a Recruiter, Part 2: How to Work with Recruiters

Interview with a Recruiter, Part 1: Resume Advice for Job Seekers